The Game Changer Riding Into an Election Year 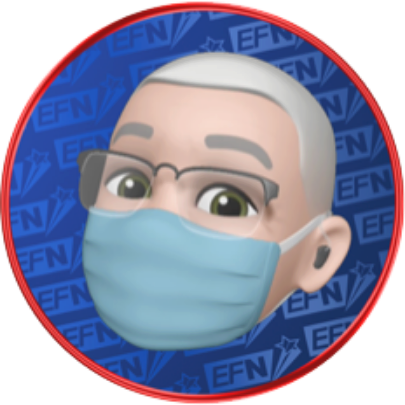 Election Fun Network (EFN) celebrates patriots, as well as the nation’s right to unfiltered facts, an uncancelled culture and a sense of humor. We lead with political parody because laughter breaks through bi-partisan barriers. We’re here to have a real conversation about the current state of our country, and we’d like to begin with the story of how it all started: in the duck blind.

In December 2020, several friends went duck hunting to breathe fresh air and escape the hypocrisy and insanity of the election, a fabricated Russia Hoax, Dr. Fauci, endless lockdowns, the legalization of looting and riots, the prioritization of criminals over citizens, the criminalization of self-defense, defunding law enforcement and mainstream media working to silence dissenting views.

The hunters passed the first part of their day parsing, in somber agreement, everything that occurred. Core questions arose. How did it get this far? Was it still possible to engage people with the truth? How could regular people, such as themselves, bypass the establishment propaganda machines and cancel culture?

Through intermittent dog barking and occasional interruption by circling pintail, the friends pondered a way to make a difference. Books, documentaries, and podcasts by people far more famous were not getting traction. They needed a truly original medium in which to aggregate compelling and factual information, on an entertaining platform that could not be cancelled. By day’s end, a board game was born. 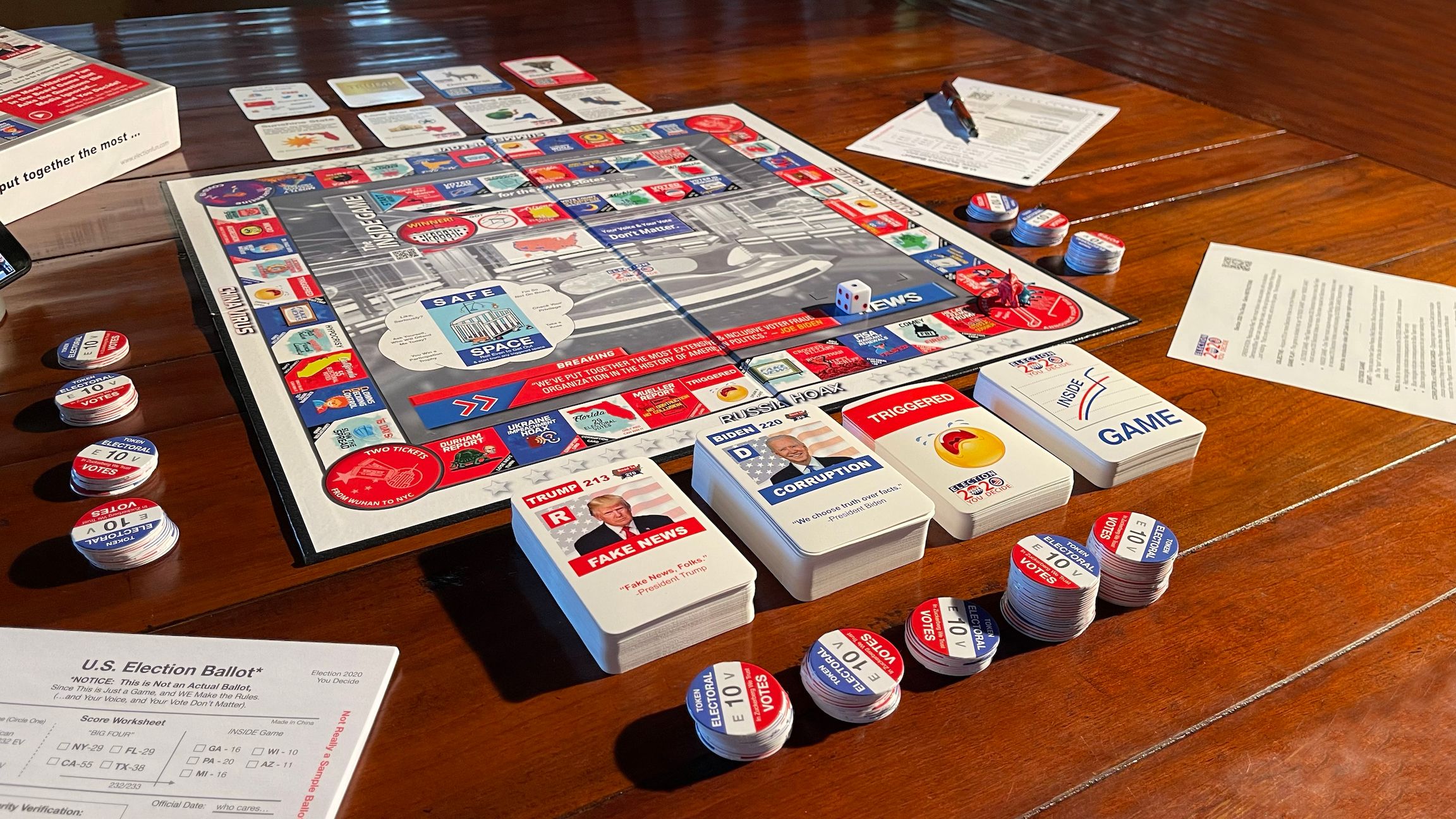 The board game would deliver the facts to every living room in America. It would house the depositions, dossiers, interviews, and monologues that the liberal media dismissed. The challenge was in finding a way to make it fun…laugh-out-loud funny, in fact. The board game would need to remind Americans that conservatives can be cool. Fortunately, the Democrats and the rest of the Cabal had served up plenty of laugh-out-loud material.

The friends combed through footage and findings to create game questions. They identified and recruited outside talent to further develop the concept, branding and product design. The end-result took on every topic from the 2020 presidential election, including Russia, Fauci, Voter Irregularities, Corruption, Fake News and Protests. With the content pillars in place, they had the baseline from which to add humor. Good old fashion, hilarious “woke-free” wit.

When real people faced empty shelves, sky-high gas prices and historic inflation, the board game would serve as a time capsule for the Cabal’s assault on democracy during the Trump presidency and act as a permanent reminder of how we got here. By integrating patented QR technology through the MIXONIUM™ platform, the game cards became gateways to past and present footage. Each card would enable players to connect the dots across current events, politics and media through EFN “Mixes”, in advance of the Midterms. As such, the friends proceeded to manufacture a premium, American-made product. They named it Election 2020, You Decide.

So, that’s how the story started. And here’s where we are . . . breaking down the facts and calling for truth. We’ve been featured on Just the News Not Noise and Economic War Room. Dr. Peter Navarro, Assistant to the President, Director of Trade/Manufacturing Policy during Trump administration, and author In Trump Time, called the game, “A multi-media experience at your truth-seeking fingertips.”

We established the Election Fun Network (EFN) to deliver ongoing content core to the conservative DNA, all told with a healthy dose of laugh-out-loud humor. As we face empty shelves and historic inflation, the simple truth is that we all need to laugh. That’s why we created an avatar anchor team. How better to mock “Meta” than a front-row seat to newsroom spoof set forth in the very universe fabricated by mainstream and social media? The EFN anchor team will provide a fluid news stream across platforms, starting with “The Game”.

We’ve flipped the narrative and taken control of our own conservative content distribution. In doing so, we’ll spotlight uncommon sense and hold a seat for you “in the duck blind” where it all began. We promise to make you laugh, bring in the experts, and aim for change. 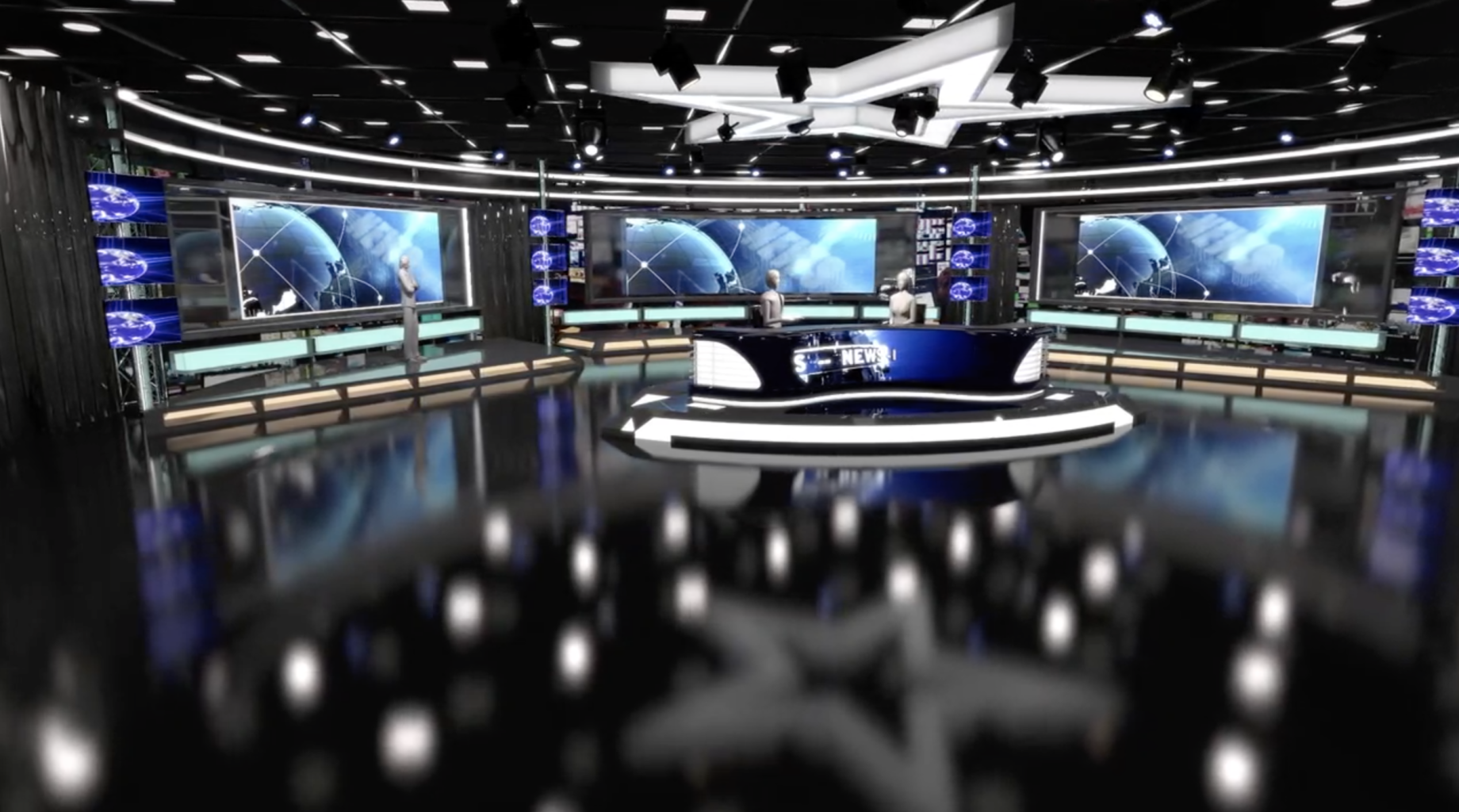 “A multi-media experience at your truth-seeking fingertips.”

Are more products in development?

Who is the intended audience for the game?

Election 2020, You Decide is ideal for general adult audiences.
×

Can I drop ship the game to a friend?

Yes, gifting is encouraged - especially during the holidays.

Can I buy more than one game?

Who designed Election 2020, you decide?

The EFN News Team, working diigently in the Metaverse.